When we asked students, staff, and parents how to strengthen restorative justice in schools, the answer was straightforward: Hire more people. School staff are stretched thin, and restorative justice is too often an add-on for overburdened staff. One teacher described feeling like he had to teach and do mediations at the same time; young people spoke about “stressed out” counselors with unreasonably large caseloads; and multiple staff pointed to inconsistent (or non-existent) funding for key roles, like restorative justice coordinators. In this context, Leon explained, “I’m sad to say that what makes [restorative justice] work is there being a number of teachers who are really willing to put in a lot of extra work…Who are willing to be after school and be working on preps and lunches and all the rest because… there’s never enough time.” And in the era of COVID burnout, with mounting responsibilities, increased emotional strain, and insufficient support, many educators are already at a breaking point.

This situation is neither sustainable nor just. As Becky G. told us, those in positions of power need to “allow for ample, consistent staffing so there’s always people who want to support the students and… who aren’t too busy, and there’s enough. And they’re not changing because their funding got cut and now… you won’t see them again.” Increased hiring is essential in order for school staff to have enough time and emotional resources to engage with young people and their families with the attention and care that they deserve. What’s more, youth told us that hiring more counselors, social workers, and BIPoC staff was the best way to increase student safety, by increasing the number of trustworthy adults who could listen to them and provide support— an even more urgent need with the mental health stress of the pandemic. Pointing to another way to ‘staff’ restorative justice, educators also spoke about the importance of paying students for leadership roles in restorative justice, recognizing the huge value of their work and the economic reality that many students can’t afford to give up afterschool jobs to participate in unpaid extracurriculars.

Staff, students, and parents also spoke about non-staff resources to foster restorative justice work: designated time and physical space in school schedules and buildings, availability of community-wide training on restorative justice and anti-racism, and consistent access to social supports for students, including physical and mental health care, food, clothing, and shelter. While there is much to be done on a structural and policy level to better resource schools in the longer-term, participants highlighted how school administrators play a make-or-break role in the short-term; we heard about many examples of administrators working creatively and tirelessly to devote time and staff resources to community-building and restorative justice—or, in a few cases, how administrator decisions about resources and priorities undermined the work.

“But how will we pay for it?” This is a critical question for our under-resourced public school system, but one that too often stifles conversation about transformational change. Yet, our focus group discussions make it clear that this question can actually be an opening for rethinking priorities. For instance, several youth and school staff participants called for taking funding away from metal detectors and NYPD-employed School Safety Agents (SSAs) and repurposing and using that money to fund school staff and supportive resources that fuel restorative justice. In particular, students spoke about redirecting this funding towards guidance counselors, social workers, and rich academic opportunities for all schools. This thinking is in line with ongoing invest/divest advocacy campaigns happening in movements for education justice and the abolition of police and prisons.

Such investments in care were often contrasted with the harm caused by funding school policing. Many staff and some students described the presence of SSAs and metal detectors as directly interfering–or even being fundamentally incompatible–with restorative justice and student safety. This interference was sometimes literal, like when NYPD directives for SSAs contradict a school’s restorative approach, or when students felt targeted by specific SSAs. But participants also spoke about, “the subtle ways that it kind of creeps into many things,” normalizing policing and surveillance, and criminalizing young people in their own schools.

Youth participants had varied and often complex feelings about removing SSAs and metal detectors, however, as some said that these measures made them feel safe (check out Reimagine Safety, Together for more on this). At first glance, this could seem like a zero-sum game, if SSAs make one student feel safe and another student feel unsafe. But this misses the critical point, youth participants largely agreed about the most important things for feeling safe in school: trusting relationships, open communication, guidance counselors and social workers. And yet, our education system and government have never fully invested in the holistic vision for school safety that students, staff, and parents described.

Participants connected discussions of school funding and safety to broader understandings of economic inequities in education specifically and our economic system more broadly. Multiple young people, staff, and parents spoke about frustration over perceived disparities in funding in NYC schools, noting differences between schools with more white and/or wealthy students, and those with more Black and Brown, low-income students—both with respect to funding educational resources and policing infrastructure. A few youth pointed to complicated interconnections between poverty, safety, and insufficient government support (“these things aren’t isolated”), highlighting a much larger need for economic redistribution and support for low-income communities as the key to enhancing safety in and out of schools. Throughout, we heard calls for more expansive investment in the growth of ALL young people, with youth posing the question: what if we took that money that goes into policing, and put it into our education?

Hear from students, parents, and educators about divesting from policing and surveillance, and investing in restorative justice and healing-centered schools.

Vent Diagrams help us reflect on the challenges, complexities, and contradictions of doing this work, and figure out how we can keep moving forward. Here is one of the big tensions we heard from participants about funding restorative justice in our schools. 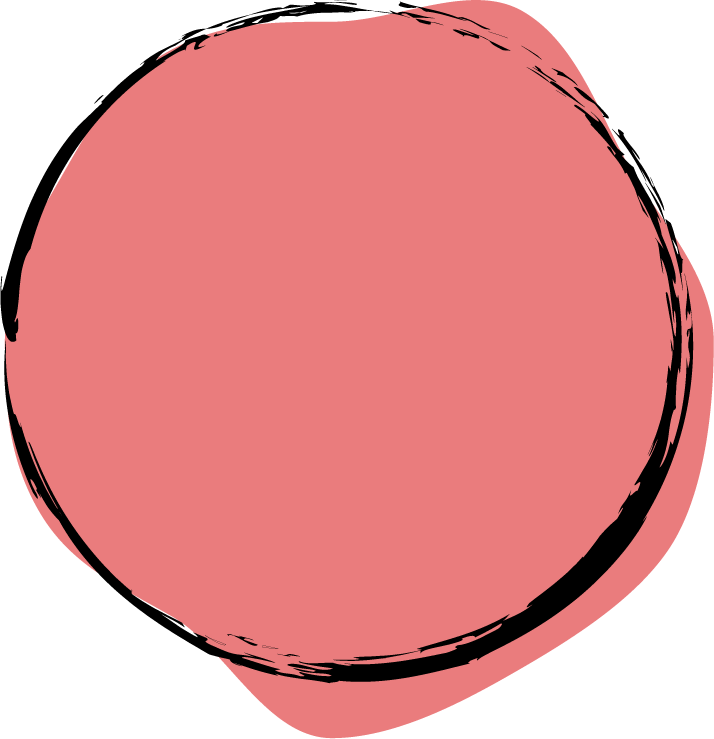 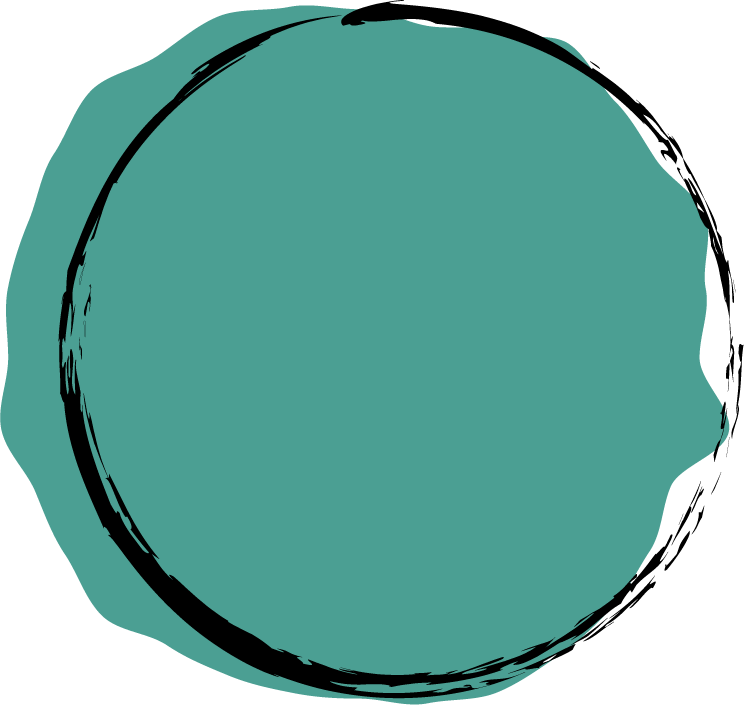 Talk with Your Community

What does this look like for you and the people in your life? Use the prompts below to explore ideas about how to use resources and funding with others in your school and communities, laying the groundwork for community understanding and making change. (Check out the Community Conversations Toolkit  for downloadable guides for facilitating discussions about this project.)

Share Experiences. What practices in your community have prevented you from showing up as yourself?

Envision. If you were to create new jobs in your community to keep one another safe, what would those be? Who would you want to be in those roles?

Explore. What are the mental health resources that currently exist in your community? Who has access to those? How?

Share Experiences. Can you think back to your first time in your school building or school community? What were the things that surprised you, and how did you feel about them?

Envision. If you had to decide what resources went into your community, what would you make or create that does not exist now? How would it change life for people?

The young people, educators, and parents we spoke with described a vision of what it would look like to fully fund restorative justice and healing-centered schools, as well as the ways in which school communities have managed to direct time and resources towards restorative justice in whatever ways they can. We want to be clear, however, that when it comes to how money is spent in schools, there is only so much that school communities can do to divest from harm and invest in care. The funding changes we need are structural, requiring bold leadership from policymakers and other government officials–and the power of youth, their families, and educators organizing together, demanding nothing short of the transformational change we deserve.

This section provides a glimpse of how school leadership and their communities can devote time and resources to restorative justice and, critically, the wide-scale policy changes we need to ensure all young people in NYC have a chance to learn and grow in restorative, healing-centered schools. This is what restorative justice looks like, when it’s On Our Terms.

Here are specific ideas about how school communities can reconfigure existing school-based resources to support restorative justice and healing-centered schools.

Louise F. (she/her), school staff: I work for an outside organization that works in schools… As a result of the pandemic and uprisings… staff said we really need space to slow down and unpack and think about how we’re going to incorporate this [context] into our work with each other and with young people. And [our leadership] responded and gave us that space, so it doesn’t have to happen at five, at six, when you’re off the clock. But we’re actually going to dedicate certain days to running workshops for all staff, allowing us to do working groups or affinity groups, whatever it is… Having leadership say, ‘This is work time.’ …We’re not saying it’s unnecessary or additional, we’re saying that it’s actually integral to your work with young people and in our schools.

Here are some key policies needed to divest resources from policing and surveillance and invest resources in fully funding restorative justice and healing-centered schools.